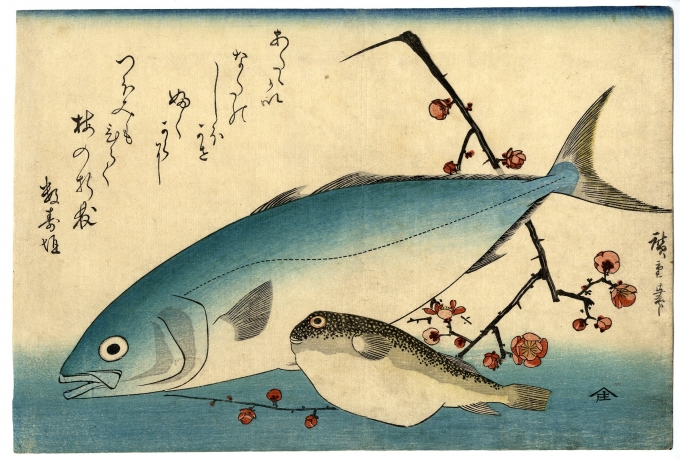 Hiroshige 's work entitled "Grand Series of Fishes" is known for 40 works of 4 series, but in general it refers to each 10 types of the Eijudo version published early in Tenpo, and the Yamasho version published in late Tenpo. Both versions depicts fishes and shellfishes with Kyoka (comic tanka), and sometimes with a branch of a plant. Fishes in most of works are represented not as living things in the sea, but as food ingredients. In spite of a simple composition, this series successes to express the sense of the seasons and the freshness of fish, due to the contrast of vivid colors. The content of the Kyoka is related to the motif drawn, so we can also enjoy this pieces like solving puzzles.